With the development of new consoles and the emergence of new game publishers, the video game industry has grown considerably in recent decades.

Today, more than just a means of entertainment, video games have become a means by which individuals can exchange both in person and virtually.

By 2020, the world counted more than 2 billion regular players.

The development of this industry has naturally attracted the attention of marketers and other advertising professionals.

It has become common practice in recent years to use video games for advertising purposes.

But this new advertising space has its own rules that differ in many ways from those that govern advertising on the internet or on television.

Knowing these rules is therefore necessary when one is interested in the advertising potential of video games.

Why choose video games to advertise?

Ad agencies often have a large choice of many channels in which to place their ads.

So why choose video games?

There are several reasons to consider this option, and even to prefer it to other options.

Research has shown that gambling is a part of a man’s psychological natural need.

With the development of video games, this need has found an extraordinary channel of satisfaction.

In France, more than 60% of men and more than 50% of women reported playing video games regularly.

In the other European countries, this figure far exceeds 50% for both genders.

This situation offers a considerable advantage.

Video games therefore appear as a suitable channel to reach an important targeted portion of the population.

In addition, the attention span time on commercials that are broadcast in video games is among the highest: it is estimated at more than 40 seconds. 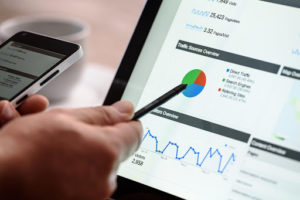 Unlike the internet and television, which are saturated with advertisements, video games are still relatively blank spaces. This translates into low competition that will allow you to give more visibility to your brand or product.

Video games offer the possibility to maximize the customization of ads which allows to find the exact target by creating custom ads.

In addition, you are given the opportunity to optimize the ads in real time. Another significant advantage of this targeted advertising is that it facilitates the collection of very precise data.

This benefit will then allow you to be able to further improve your knowledge of your customers.

For example, you may have information about the profile of the player who may be interested in your product and the times of the day during which your ad will have the desired impact.

What is the typical profile of the video game player?

Many brands are reluctant to advertise through video games because they don’t know the profile of the typical player. Indeed, many marketers think that the regular video game player is young, teenager, stuck who never tries to get out and who wears big glasses.

This cliché, popularized by the cinema, is very far from reality. According to recent research, the average age of video game lovers is between 35 and 40.

Also, these players use all channels, namely consoles, smartphones or their personal computer to play.

At this level, there are four main player categories that can be used in an advertising campaign.

Which advertising format should be adopted?

To place advertisements in the video game advertising space, you can choose between video, audio and images in the form of banners. You can also decide to develop a game for your company.

Videos are great ways to capture your target’s attention. You can use this format to advertise in video games. You have two choices:

More than half of the players like to listen to music while playing on consoles.

This is why many companies use recorded audio tapes to get their messages across.

This advertising format has the advantage of not being invasive at all. It doesn’t force the player to stop their game to learn more about your brand. So you can get your message across more easily.

Banner images are surely the most common form of online advertising.

Some people find it obsolete and criticize its effectiveness. But when it comes to advertising through video games, this format can be particularly useful, especially when it comes to mobile games. Studies have shown that these banners have click-through rates of 3%, which is 30 times higher than the results obtained by Facebook banners. You can also ask the developer to directly include images of your products or your brand in the game. 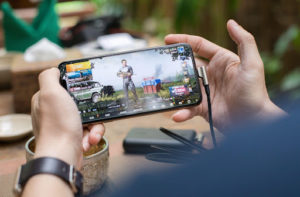 Corporate games are also a very good way to engage the public. It’s about creating a game to get players interested in what you’re doing. For this, you will need a developer and a budget for promotion.

Where to place advertisements?

Advertisements in Video games can be placed several ways:

Taking possession of the screen can take a few seconds. This form of advertising is considered invasive by some.

The cost of advertisements in video games

Now that you are convinced that video games offer you the advertising space you need, one of the questions you ask yourself is how much it can cost you.

You don’t have to worry too much, these advertising campaigns usually cost around 5,000 euros per week.

Given the size of the audience, these campaigns are not very expensive and present an interesting investment.

The bill can go over 50,000 euros if you add a powerful promotion campaign.