Niantic invests in its metaverse in augmented reality more than 300 million euros.

Niantic invests in its metaverse in augmented reality more than 300 million euros.

Niantic, the video game giant that owes its fame to the triumphant success of Pokémon Go, has just passed the video game milestone. The company has therefore surpassed itself to the point of establishing itself as the master of the universe of virtual realities. If Mark Zuckerberg, the owner of Facebook, is the first to have tackled the theme of the metaverse, John Hanke, the CEO of Niantic, has just stolen the spotlight from him. He takes a giant step through the implementation of a gigantic project. The American startup has indeed raised 300 million euros from Coatue to finance its project, which it describes as “the real world metaverse”. What should I know about this project? How was Niantic able to convince Coatue to invest such a large sum?

What do I need to know about Niantic’s metaverse implementation project?

You have certainly already played Pokémon Go, whether on your Android or even on IOS. Since its release in 2016, the video game has achieved viral success, sending Nintendo shares skyrocketing. This huge boost, of more than 90%, is the work of the illustrious start-up Niantic, now detached from the Google group. Already on November 22, the resounding announcement came that this accomplishment is only an introduction.

Conquering the metaverse universe is the next step. From augmented reality games, Niantic is moving on to the ambition of directly implanting virtual creatures into reality. Sprinkling the real with a layer of the virtual is the project that won him the support of investment manager Coatue. The objectives are growing and the company decides to set the bar even higher.

A fundraising estimated at an emblematic amount of 300 million euros is undeniable proof of a strong belief in this project. This gesture also allowed Niantic to be worth a total of 9 billion euros. The company is therefore ready to create a new virtual experience to cheer up its audience. Enough to steal the show from Mark Zuckerberg, who was the first to introduce the concept of metaverse.

What are Niantic’s short-term and long-term ambitions?

According to John Hanke, the CEO and founder of Niantic, the company has never deviated from its initial objective. Augmented reality has always been an obsession for developers. This has increased tenfold since the production of Ingress. Niantic now aims to build a world that merges ours with a virtual world. Information such as digital data and entertainment in the two worlds will become one.

The funds raised by Niantic will not only be used to bring a special touch to its current games, but above all to build its metaverse via its Lightship platform. Entertainment on a planetary scale, enough to make basic experiences much more enjoyable.

More than just a video game.

Video games like Ingress, Pokémon go and Pikmin Bloom, are just one facet of Niantic’s ambitions. Through his words, Matt Mazzeo, general partner of Coatue, explains that the augmented reality platform will be exactly like a 3D world map. A map that has taken years to refine, since the very first geolocation systems and the arrival of Google Map. This technological prowess will play a decisive role in the transition of computing in the coming years.

The funds made available to Niantic will therefore have to be used to finance the Lightship platform by integrating an immersive virtual environment in 3D.

Via this platform, the company will provide third-party developers with a whole range of advanced tools to allow them to take advantage of augmented reality. Which tools will allow developers to:

The beta version has been running for quite a while. Besides that, another augmented reality glasses project would be behind the scenes and see very soon.

Not just the metaverse

Niantic’s CEO is not limited to the metaverse. Thanks to its collaboration with the Japanese giant Nintendo, the company aims to become a virtual reality application publisher. In other words, the American startup will develop virtual reality smartphone games. These games will be based on the different universes of Nintendo. Nintendo’s flagship license will play a big role in bringing this project to fruition.

Even if the proposed gameplay still remains unknown to the general public, the company reveals some leads. The main purpose of the application will be to encourage the smooth running of the project while making it easier. For Nintendo CEO Shigeru Miyamoto, the company’s augmented reality technology should help them achieve a universe in which humans and Pikmin live together. In order to achieve this objective, Nintendo intends to add this feature to its games, which will irremediably distinguish them from traditional mainstream games. The company is therefore doing its best to ensure that this project, wanting to unify humans and Pikmins, succeeds so that each human has a virtual friend or companion.

It should be noted that Niantic has also tried to renew the experience with another symbolic license: that of Harry Potter. Project which however did not really succeed.

Why such a strategic choice on the part of Niantic?

Several reasons justify the orientation of the American startup towards the virtual world. First, the company creates an alliance of several organizations to affirm the “metaverse of the real world” vision. Niantic also wants to be one of the first companies to experiment with this virtual universe.

In addition, Niantic also seeks to invest and collaborate with companies that are working to build the virtual world of tomorrow. He points out, however, that unlike Microsoft and Meta, which seem to be transporting humans from the real world to purely virtual reality, his project just seeks to encourage humans to get out of their smartphones and consoles to pay a little more attention to the world around them. 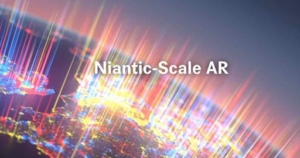 How was Niantic able to convince Coatue to pay such a sum?

Even though the funding eventually came through, it was a journey. The major factor that convinced Coatue to pay such a sum is the synergy that exists between the virtual world and that of crypto-currencies.

With its status as a leader in cryptocurrencies, the Coatue group has found it appropriate to invest in a startup that wants to be a pioneer in the virtual world. The collaboration between these two companies benefits both Coatue and Niantic. On the one hand, the second was able to find the amount necessary to carry out his project, and on the other, Coatue will be able to take advantage of it to achieve his financial objectives.

Subscriptions for games will be made by tens of millions of users. The latter will essentially use Bitcoins and other cryptocurrencies to purchase subscriptions in order to make the most of the games offered by Niantic. So you understand why Coatue decided to accept the agreement, after many negotiations.

The illustrious American startup, Niantic, has received funding of up to 300 million euros from Coatue for its augmented reality project. With such funding, the video game giant has at its disposal the necessary to create an immersive experience for video game enthusiasts. Cryptos for augmented reality, Niantic has not finished thrilling us.