Iceland caused a stir by doing an imitation of Mark Zuckerberg’s Metaverse project. The boss of the Facebook group announced on October 28 a change in the name of the parent company. Facebook has now transformed into Meta and is setting up a revolutionary project, the metaverse. A new connected world mixing the real and the virtual.

Reacting to this news, the Icelanders have posted a video in which we can see Zach Mossbergsson, the “chief visionary officer”. The latter is in an outfit similar to that of the boss of the meta to present another approach to the metaverse. The Icelandverse, a real world without artifice that does not require the use of virtual reality headsets. To make the parody more real, the presenter acts weird and robotizes his voice.

The project aims to promote the natural assets of Iceland in particular, but also of the world in general. This brilliant parody made the rounds of social networks, totaling nearly a million views on YouTube. The parody didn’t seem to bother the metaverse developer. On the contrary, he was very impressed by this video and the wonders of Iceland. Mark Zuckerberg made it known on Twitter, with a bit of teasing, his desire to visit the Icelandverse. A comment that gives visibility to this ingenious and very ambitious project.

The Icelandverse, defender of the beauty of the world

The Icelandverse project is the complete opposite of what the metaverse conveys. The Icelandverse defends the beauty of the world that the metaverse tries to distort. In just a few minutes, this video shot in Iceland shows that the world is naturally magical, without the help of technology. It demonstrates that the world still has naturally beautiful places that can inspire wonder. The papal example is Iceland, which this video attempts to highlight.

The idea defended by the Icelandverse is that it is much better to live these moments of happiness than to use technological devices. The truth is that robots cannot replace the sensations of sight, touch and smell. The metaverse is not a bad project in itself, because it offers a unique user experience. However, this is still insufficient to compete with a realistic scene.

The Icelandverse, a tourism booster

The Icelandverse, far from being a mere parody, is a very ingenious idea to promote tourism in Iceland. Tourists will be able to contemplate directly:

Contrary to what the metaverse offers, tourists here benefit from physical contact and human warmth. 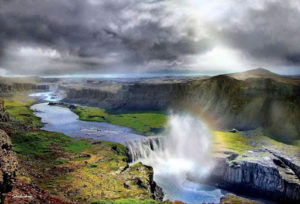 The video launched by the “Inspired by Iceland” platform, actually seeks to sell the country’s natural wonders to the world. This project enhances the image of Icelandic tourism, strongly affected by the global health crisis. The Icelandverse calls for adventure and offers many reasons to visit Iceland, the land of fire and ice.

The produced video alone is a marketing asset that has reached millions of people around the world. Zuckerberg’s response to the video also helped make the video more viral. In addition, this initiative can allow Iceland to gain more by becoming a benchmark in tourism.

The promoters of the Icelandverse relied on the weak points of the metaverse to establish their project. In the published video, Zach Mossbergsson tried to put forward a new approach to the metaverse, without virtual reality helmets.

The metaverse promotes the use of virtual reality headsets in order to interfere in a pleasant parallel universe. Virtual reality sessions, or augmented reality, are unfortunately likely to have a negative effect on health. Users may be exposed to cyber kinetosis characterized by many symptoms such as nausea, sweating, paleness and fatigue.

Apart from these effects, immersion in a virtual world can generate contradictions between reality and the virtual world. Exposure to light from virtual reality headsets can also create long-term visual acuity problems. Sleep disturbances and other brain-related ailments might also surface. The risks of addiction and changes in behavior are even greater.

All of these risks can, however, be avoided when tourists take the trouble to physically visit the places that the real world has to offer. It is this aspect that has managed to convince a large number of tourists to opt for a trip to Iceland.

Possible spin offs from the Icelandverse 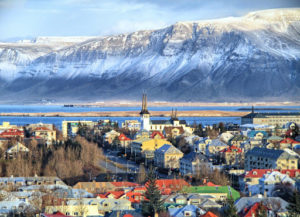 While the creation of a metaverse requires large investments, the Icelandverse allows you to save money and focus on reality. This new approach may impact other areas covered by the metaverse. Since it promotes physical contact and reality, it may jeopardize the progress of the metaverse project.

The truth is that from a mere parody, the idea of ​​the Icelandverse can be adopted by other countries. The risk of this happening is also very high, because through video marketing the project has generated real enthusiasm. The success of the Icelandverse is proof that in the long run the metaverse may not hold up to the desire for human contact.

The advantages of the metaverse

Contrary to the ideal that the Icelandverse upholds, the metaverse proves to be very useful in many areas.

One of the benefits of the metaverse project is to help save the planet. The metaverse offers to enjoy a marvelous universe, inspired by real nature without having to travel. The physical absence of man in these places on earth gives them respite and preserves them from human pollution.

The metaverse limits movement, and by extension, the impact of man on the environment through the emission of toxic gases. Thus, the carbon footprint of men is considerably reduced. A design that does not necessarily take into account the Icelandverse.

The other advantage of the metaverse, or augmented reality project, is related to learning. The metaverse simplifies learning by combining physical reality with virtual reality. Learning becomes a game and the assimilation of concepts is much faster. Augmented reality helps to more easily identify the elements and problems to be addressed. The meta also makes it easier to understand complex concepts.

The metaverse boosts productivity within companies. Operations are performed with much more precision. Tool handling errors are largely eliminated. Thanks to the metaverse, the production time is considerably optimized. Tasks are carried out in record time and in good conditions. Consequently, the increase in productivity is at the rendezvous.

The feeling and the quality of the images

The metaverse offers quite a rewarding experience for users. Users can feel and see things as well as hear real sounds. Virtual reality allows you to see in detail. It makes tourist sites more lively and interesting. Users of virtual reality headsets can plan their trip and choose their destination to see the environment of their choice up close. On this point, the metaverse and the Icelandverse complement each other for the happiness of tourists.