How to use Spaces, Twitter’s new audio platform

How to use Spaces, Twitter’s new audio platform

Until very recently, the direct audio segment was still dominated by Clubhouse. But given its popularity in the social media world, Twitter couldn’t have been left behind for long. The mobile app giant has rolled out Twitter Spaces, now available on Android and iOS, with more advanced features than its competitors.

Available to users with at least 600 followers, this new feature, which facilitates online conversations in audio mode, has received a favorable response from Twitter users since its beta version.

Fan of tweets, you are probably wondering how to use Twitter Spaces? Then this article is for you! You will discover how this Twitter extension works, its unique features and, as a bonus, its interest in brand communication.

To take advantage of this new feature, it is important for the user to know how to use it.

Firstly, to be able to create a Space, the user who has the up-to-date Twitter application on their mobile must long press the pen or the most to create a tweet. He chooses “Spaces” and names it. Once the Space is created, the user can activate it for their audio conversations which are public.

Once a Space is created on your mobile, other app users can join you. Everything depends on you. You can get a link to share it elsewhere, invite them in DM or share your Space in a tweet.

Conversely, you can as a listener join another user who has created a Space. You just have to follow the Space link and you have the possibility to take the floor to intervene in this direction, react with emojis, see the tweets or even share this Space.

When you launch a Space, you set beforehand who can speak. You have the option:

Thus, by giving the floor to a listener, you transform him into a speaker. If you are more of a listener, you can, by pressing “Ask”, request the floor from the creator of Space. He’s the only one who can give it to you.

Like for other mobile applications, Twitter offers a feature that allows you to moderate exchanges in Spaces. As the creator of a Space, you can, apart from giving the floor to your listeners:

Additionally, you can have transcripts of your Space’s audio conversations displayed via “captions,” an option found in settings.

As for the auditors, in addition to intervening, they can block and report people considered undesirable for Space.

On Twitter, the creator of a Space is the only one who can close it at will. Exceptionally, if Twitter deems that the audio conference violates the rules of the community, it can close the latter. Closed Spaces have their audio copies and subtitles kept for 30 days. 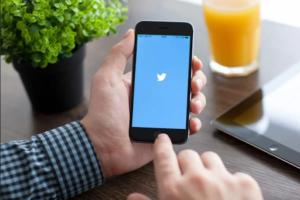 Since its launch on iOS and Android a year ago, Twitter has not been confined to offering online audio conversations. Although the web version is not yet available, this social media leader is working to keep the functionality relevant while adding special touches to the platform. These include, among others:

So what can Twitter Spaces be used for in brand communication?

With the current strong digitization of exchanges, consumers have a strong tendency to follow their brands on the web in order to interact with them. Social audio is on the rise and social networks have understood it!

How can it be?

First of all, in the field of influencer marketing, Twitter Spaces can be effectively used as a communication channel. It’s a means of expression that influencers can use to entice your target. Given the impact that these public figures can have on followers, they can sell the skills of a brand through a space.

Then, Twitter Spaces is a format that lends itself well at several uses of communication. In events, a brand can decide to create buzz around an event. A conversation about Space with its fans is therefore ideal to give scope to this event beforehand. Following the event, another Space collects the opinions and impressions of the brand’s subscribers and customers and, above all, responds to their concerns.

Also, Twitter Spaces is a great tool to boost brand awareness. In a Space, a brand can, through the voice of a public figure who animates the debates, transmit its values. It’s also the place to come up with fun topics to keep a brand’s audience engaged and engaged.

Even more, the Space can be a place to promote brands. Once a Space is created, a promotion can be made about it. This is done by communicating the Space link via the news feed or a tweet question to recruit new subscribers.

An interesting platform for marketing strategies 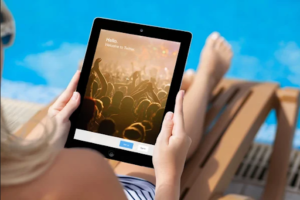 Twitter Spaces, the audio communication platform offered by Twitter, is therefore one of the best ways to get new data marketing strategies. It makes it possible to attract users and prospects who are transformed into customers. Currently, more than 70% of Internet users listen to audio daily. Thus, contacting each other through audio communications increases sales volumes.

In an audio conversation, subscribers have the opportunity to gauge the authenticity of the brand. It’s a great way to reassure them when they know how important they are to the brand.